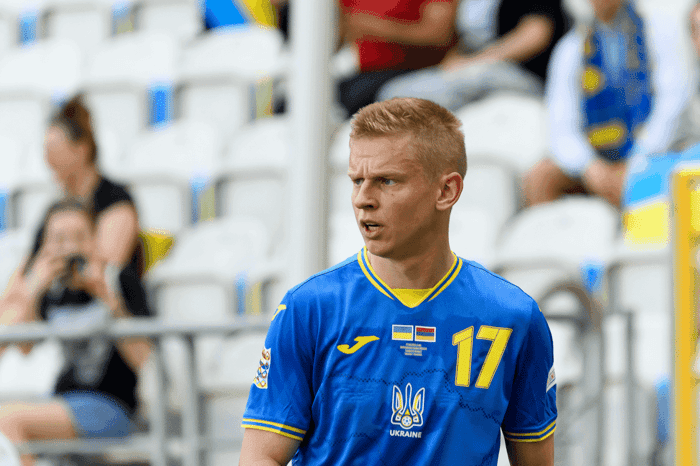 According to Fabrizio Romano, Arsenal have agreed a deal in principal with Manchester City worth around £30m for the signing of Oleksandr Zinchenko this summer.

Mikel Arteta has been in the market for a new left-back to compete with Kieran Tierney next season as the Scottish international has been troubled by injury issues since joining from Celtic.

Nuno Tavares was signed from Benfica last summer but the Portuguese youngster has struggled to adapt to life in England and was a liability at times last season.

The 22-year-old is being linked with a move away from Arsenal this summer so we need a replacement and were reportedly keen to sign Lisandro Martinez. However, the Argentinean has opted to join Man Utd in order to link-up with former boss Erik ten Hag.

Arsenal have now turned their attention to signing Zinchenko instead and reports emerged late last week that we had entered formal discussions with Manchester City.

Those talks have progressed well and Fabrizio Romano now claims that a deal has been agreed in principal the will see Arsenal pay City around £30m for the Ukrainian international.

Salary and length of contract, in negotiation – key step to complete the agreement. pic.twitter.com/QJYrwdqJH1

Personal terms are now being discussed and as long as we’re able to reach an agreement with the 25-year-old, Zinchenko should complete a move to the Emirates Stadium over the coming days.

He has two years left on his contract at City and is unlikely to sign an extension as he’s been unable to establish himself as a regular under Pep Guardiola, so the Premier League champions are ready to cash-in.

I think Zinchenko will prove to be a superb signing for Arsenal if we can get this proposed deal over the line. He’s a top class player who is technically excellent and should arguably start ahead of Tierney at left-back.

However, I wouldn’t be surprised if Arteta sees Zinchenko as the idea player to replace Granit Xhaka in the left midfield role in a 4-3-3 formation – which the boss is keen to deploy this season.

Zinchenko plays in midfield for Ukraine and excels in that role for his country, and he often plays as a inverted attacking left-back for Man City, so I wouldn’t be surprised to see him playing in the middle for us.

Obviously Arteta knows him well from their time together at City so the boss will have a very specific idea of where he’ll fit in.

Zinchenko has won 4 Premier League titles and 5 domestic cups during his 128 appearances for Man City so he’ll bring a winning mentality to the squad.

I honestly think this will be one of the most important signings of the summer for Arsenal and Zinchenko should be an outstanding addition to the squad.